The New York Times and the Irish Character

The New York Times and the Irish Character

This Times editorial from 1871 is interesting because it illustrates root anti-Irish and anti-Catholic prejudice at the New York Times, prejudices inherited from the British Isles, the Know Nothings and the Puritan authors of America's Alien and Sedition Acts.  While espousing an evenhanded tolerance, this editorial is wrong in so many ways that it's hard to count.   One might start by noting that the New York individuals who were at work "corrupting" the Irish weren't Irish.  Infamous Boss Tweed's roots were Anglo-Scots Protestant.  Mayor Fernando Wood's were Anglo-German and Protestant, too.  The leader of the Democratic opposition to Lincoln during the recently fought Civil War was August Belmont, a German immigrant who was certainly neither Irish nor Catholic.   The leaders of the Confederacy were Jefferson Davis and Robert E. Lee,  Anglo-American Protestants.   The north's leading generals in that war -- William Tecumseh Sherman, Phil Sheridan, and George Gordon Meade -- were all raised by Irish Catholic families, as was the dean of West Point's faculty Dennis Hart Mahan.   Lincoln and Seward's principal ally in New York City was Archbishop Hughes, an Irish Catholic immigrant.  And Meade's prosperous family financed George Washington's army when it was starving at Valley Forge.

In fact, this editorial is a cover-up for the deaths of 60 civilians killed by the militia (National Guard) during the so-called Orange and Green riots.   In fact, the militia had been given orders beforehand to shoot anyone who appeared hostile... with predictable and tragic results. 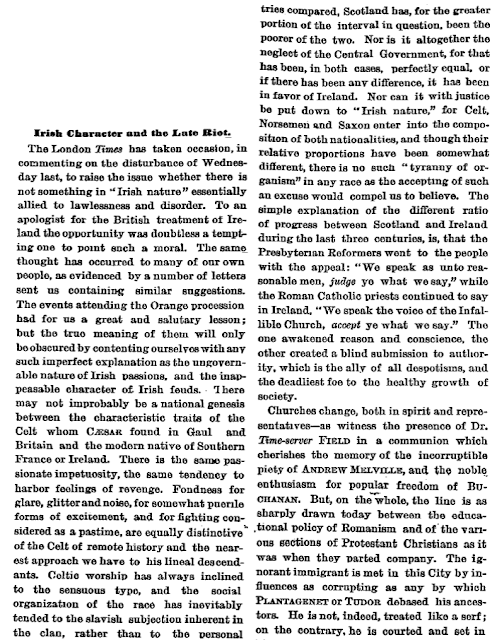 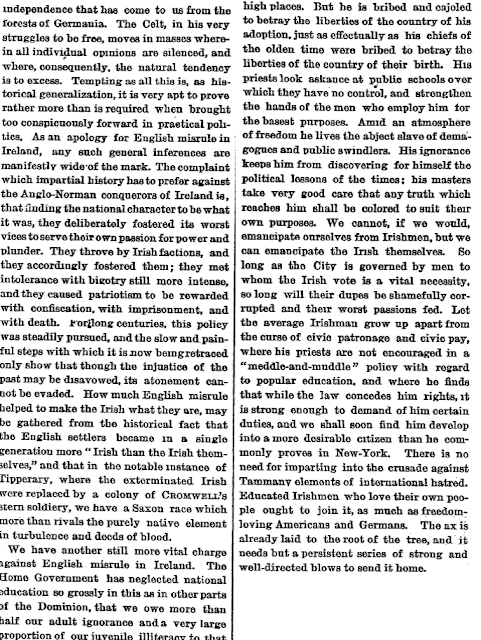 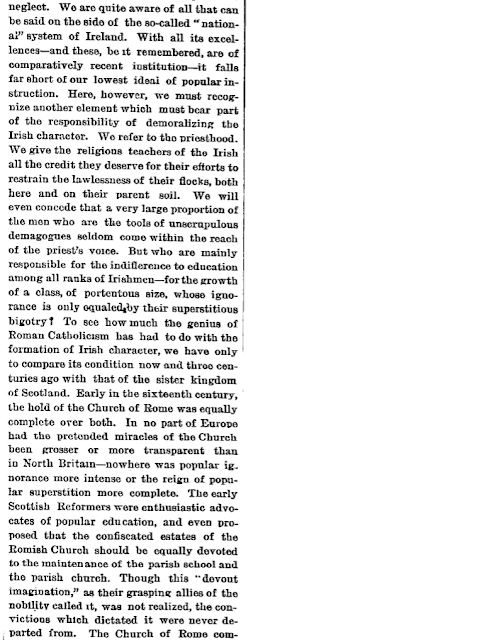 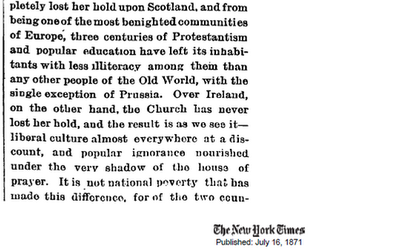