The New York Times and the Catholic Church, particularly the Irish Catholics of New York, never had a cozy relationship.   Perhaps the last straw was when The Times stationed a reporter outside of the Sherman residence in New York City, hoping to reveal the big scandal that a Catholic priest had administered the last rites of the Catholic Church to the great general.   The general as an adult was never a practicing Catholic, but his Irish and devoutly Catholic foster family had seen to it that he was baptized and had a proper Catholic upbringing.  When he married their daughter it was in a Catholic ceremony.   It was extremely important to his children that their father leave the world in a state of grace and rest beside their mother. 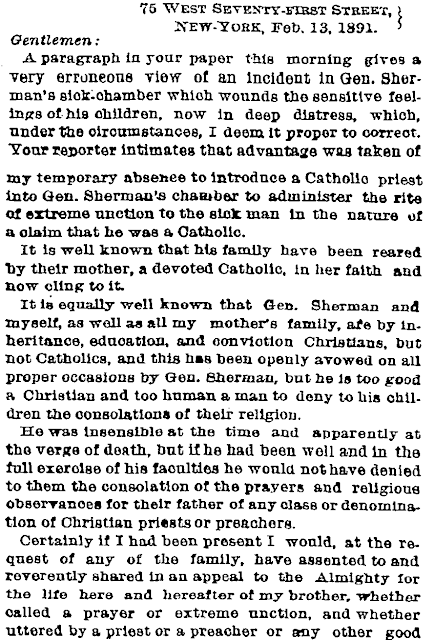 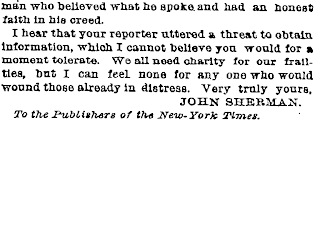