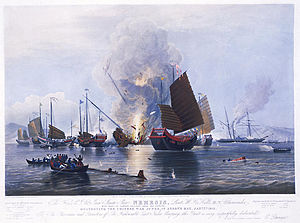 Yet another reason to celebrate America's Independence. Depicted here, British ship destroying a Chinese junk during the Opium Wars. Who'd have thought Queen Victoria was a drug lord. The Opium Wars set the stage for the Taiping Rebellion against corrupt Imperial China. The Taipings outlawed slavery, concubinage, foot binding and opium. 20,000,000 died in the war to defeat the Taipings waged by Imperial Chinese forces and their European-British allies. If you think America's Civil War was the epitome of total war or the biggest deal in its day, guess again. 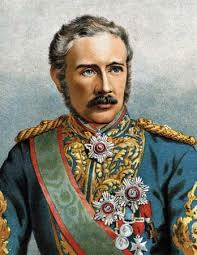 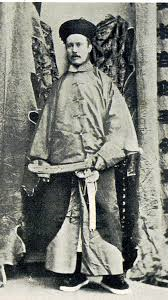 *  *  *  *  *
General Charles "Chinese" Gordon, Companion of the Bath, led the Anglo-Chinese army that defeated the Taipings.  Gordon was killed at Khartoum, Sudan, in 1885 during the British colonial expansion in Africa. 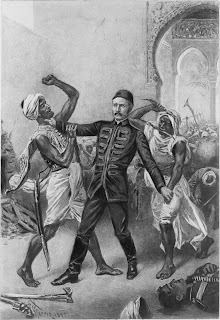